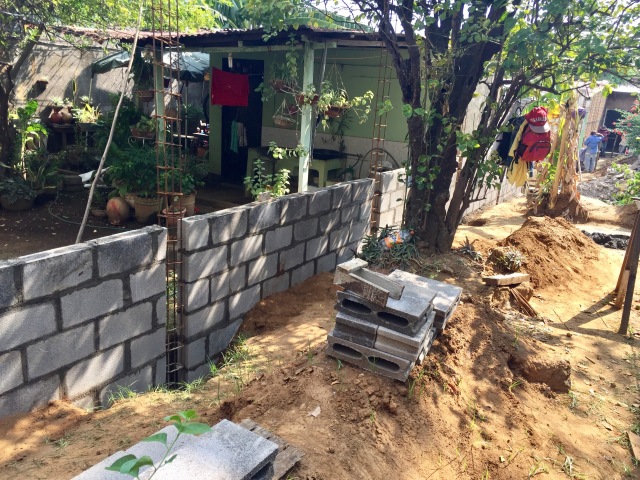 The Dividing Wall (of Hostility)

Damn, how hard is it to build a wall? The first phase of my remodeling and construction project has begun…

I purchased a house in León in April. I spent nearly five weeks watching workers build a dividing wall-of hostility, at times. The house is over two-hundred years olds. The first task was to build a wall, 41 mts. x 3 mts.,  to separate the property line between my house and the neighbor’s to the South. As easy as it sounds, I encountered many obstacles.

When the original plot was purchased and developed over two centuries ago, three families live on the property in three separate homes. The invisible property line has been blurred for many years. My back patio blended seamlessly with the neighbor’s. The neighbor even had a door that led from her living room directly into my front patio. Privacy on both sides was compromised. 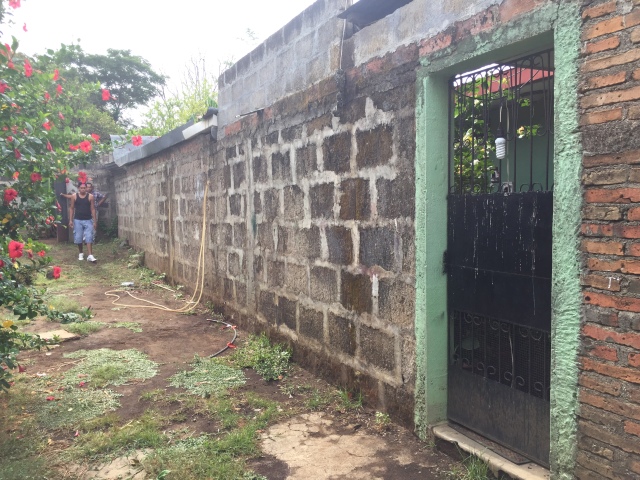 Side door connecting the two properties

View of her back patio

My initial plan was to start renovating the house, or least a portion of the house so that I could live on site during the rest of the contruction. I did not like that fact that these two properties co-mingled and the nice neighbor lady hated it. For the sake of security and privacy, I decided to have the contractor delay Phase One and build the dividing wall instead. For me, it was an issue of privacy. For her it was more of an issue of security.

The issue of security was valid, and I didn’t want her to have access to our property either. The workers kept some equipment and materials on site. During a more extensive construction project there would be on-site security from the time the workers left the job site until they returned the next morning. There were several issues that arose during this project.

There were several issues that arose during this project.

1) The first thing we noticed was that the neighbor on the North side had cut a hole in his wall to allow water runoff from his property. This was illegal and it was sealed the first day that cement was mixed.

2) The neighbor’s gutter protruded into my space where the wall was going to be built. It was her responsibility to resolve the issue.

3) My neighbor’s potable and brown water lines ran through my property before going out to the street. The lines needed to be cut and sealed in order to allow the wall to be built. Unfortunately, she was without potable water for two days and without a toilet for one day. Her living room floor had to be ripped up so that she could divert the plumbing. 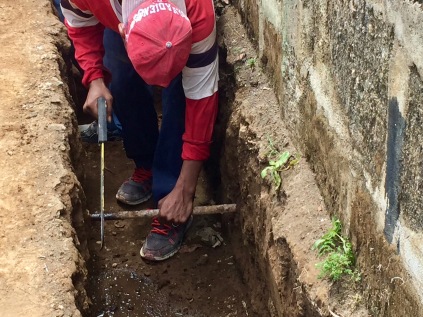 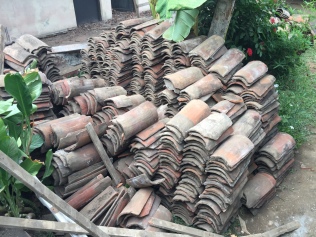 4) The roof tiles were removed from most of the house. The contractor assumed that I was going to hire him to remodel the existing house and thought that it was a good idea to start removing the roof without a contract in place. The house is still without a roof in some areas. The walls are concrete and the floor is tiled, I am not worried about water damage, but there isn’t much space to hide from the sun. The city gave me a hard time about this even though it was not visible from the street.

5) Several city inspectors showed an interest in the project. I was told by several contractors and architects that as long as this wall was being built on the inside of the property, that a permit was not required. The inspectors at city hall disagreed. One city inspector offered to draw a plan for a $150 fee. I protested and he did it for $55. I got a receipt for $105. WTF? The price was inflated and the excess was going to be split between my contractor and the inspector. My permit cost me C$300 (about $10). I later found out that the plans I paid for were just a copy of another property’s plan. They were useless. After being shut down for two days and paying for my permit, work was allowed to continue.

Side door connecting the two properties 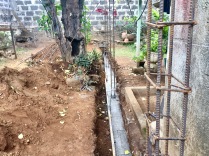 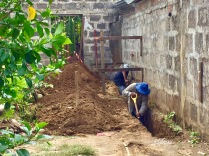 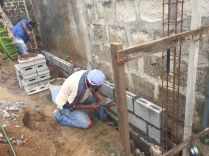 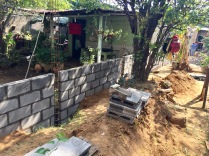 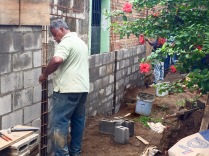 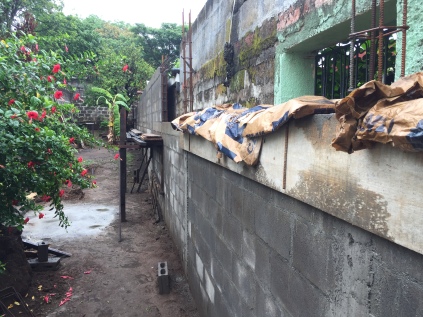 The wall that was built to divide the neighbor’s property from mine is finally finished. All of the hurdles were dealt with. Now I’m trying to get the plans for the next phase of the project approved. This is proving to be an endeavor in and of itself. My saga continues…