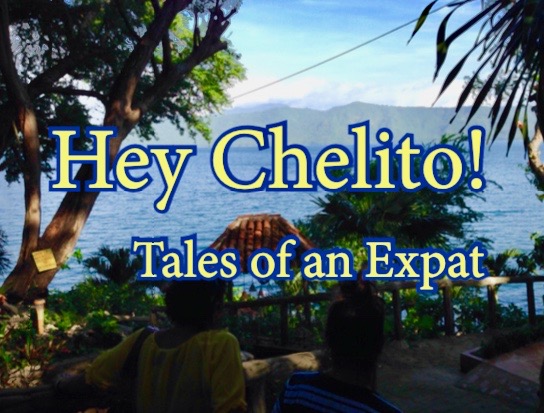 The Museum of the Revolution

To truly understand a culture it is important to be versed in its history. Nicaragua has had a troubled and emotional past. I was old enough to remember watching the news coverage of the troubles in Nicaragua in the 1970s, but was too young to grasp the reality of what was happening. I also remember Oliver North and the Iran-Contra hearings as a teenager, but at that age I wasn’t politically astute and frankly, didn’t care that much.

How things change. Thirty years ago I would not have envisioned myself traveling in Nicaragua and now here I am with a new life in León. 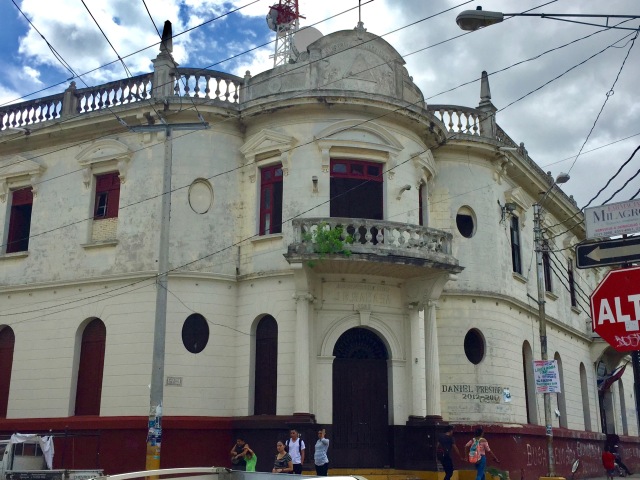 Last week I visited The Museum of the Revolution in León. I had since become more learned about Nicaragua’s history, it was well worth a visit. The  building once belonging to Somoza’s government, played a pivotal part in the Sandinista uprising. León is known as “The First Capitol of the Revolution.”

The Somoza dictatorship ruled Nicaragua from 1936 to 1979. Citizens had become increasingly unsatisfied with the government as time progressed. A critical breaking point occurred after the devastating Managua earthquake of 1972. Over 10,000 people lost their lives and an estimated 250,000 – 300,000 people were left homeless after the destruction. 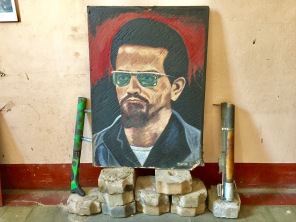 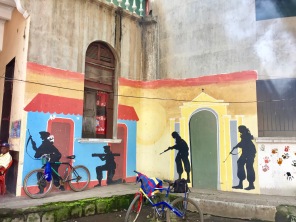 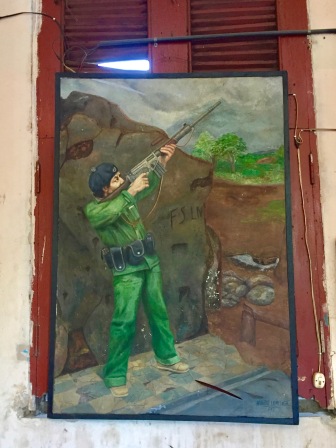 International aid poured into the country to help rebuild the capitol and to patch the broken lives affected. A torn country had reached its breaking point when it was revealed that Somoza and the National Guard had embezzled the money for personal gain, while displaced citizens struggled to find food, shelter, and clean water. This was the proverbial last straw. Fighting ensued and a call was made to overthrow government in power. 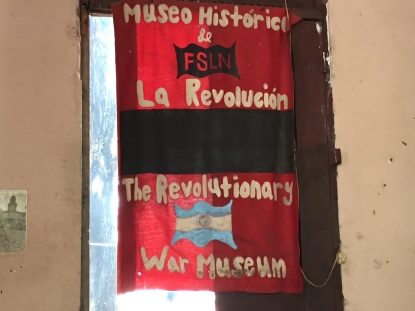 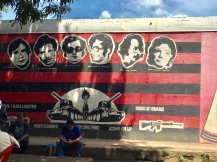 The Frente Sandinista de Liberacio’n Nacional (FSLN), or Sandinista National Liberation Front were at the forefront of the fight. Named in honor of Augusto César Sandino, one of the most prolific Nicaraguan revolutionaries. The Sandinistas ultimately liberated the people of Nicaragua from the rule of Somoza’s regime. The FSLN is still an active political party. 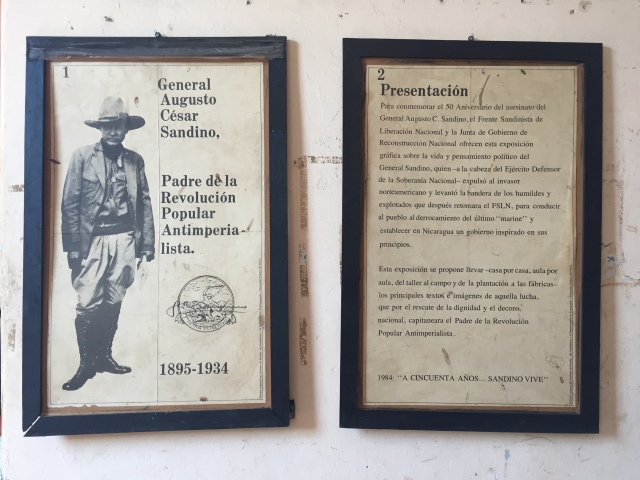 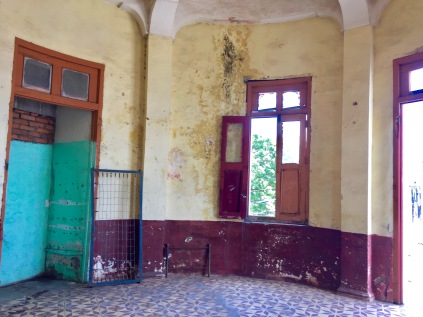 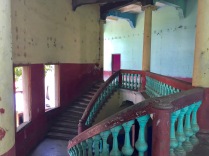 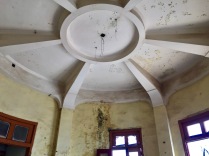 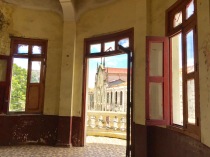 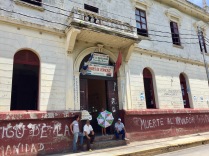 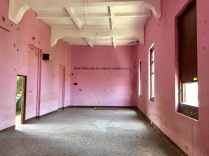 It appears to serve as a second home to the revolutionaries that have been abandoned by the government that they helped bring to power. They are disconcerted saying that under Ortega, the FSNL has morphed into a ministry that has forgotten its roots, hardly resembling the faction that fought for freedom and liberation of an oppressed population.

The museum offers tours provided by the revolutionaries that once fought for change. The building is riddled with bullet holes, pictures, murals, paintings, books and most importantly, first-hand tales from those involved in the fighting.  The tour is more of an emotional journey rather than one of artifacts. The walls, pictures, and murals come alive as the tour guides relate personal accounts of the troubles. 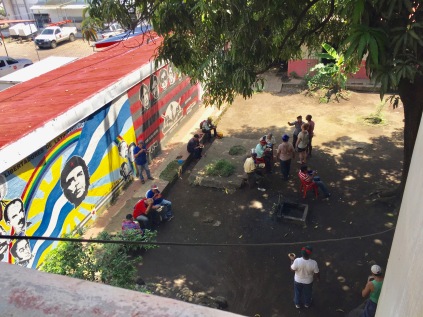 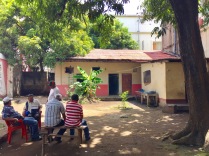 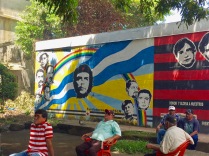 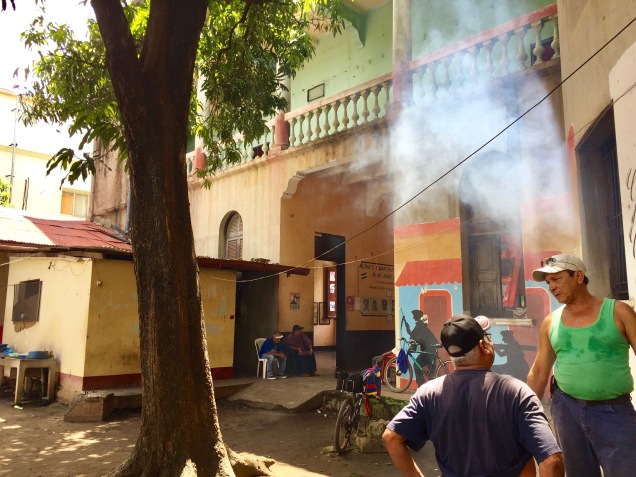 My tour was in Spanish, but I know of least one guide who speaks English. My guide, Ricardo, walked me through time explaining details and passionately acting out scenes the way he remembered them. I could feel his intensity as he described his harrowing experiences. He spoke slowly and clearly, which made it much easier for me. I can understand Spanish better than I can speak, but sometimes get tripped up when people begin rattling off to quickly. That was not the case with Ricardo. 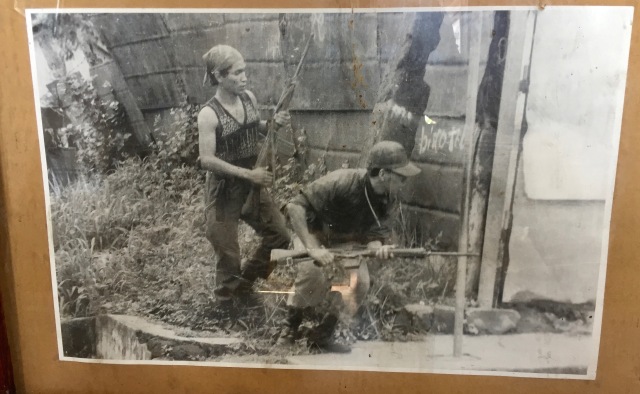 Ricardo (Right) when he was 19 years old, just 3 blocks away.

The entrance fee is C$100. I initially thought it was higher than it should be, but later realized that this fee was the way these men barely managed to maintain the museum. It was more a donation than a fee. At the end of the tour, my guide offered me some CDs for sale at C$200 each, which I politely declined, but I did tip him for his time.

In the end, it was interesting way to spend an hour. I’m glad I finally took the time to visit The Museum of the Revolution. It was unlike any museum that I have visited. There were no sculptures, world renown works of art, nor hand-woven tapestries. What it lacks in curation, is easily overshadowed by the verbalization of personal accounts and the dedication of all those involved.